Welcome! This page is your resource for all things QRIS, including updates on progress, upcoming exchanges, important dates, and answers to your questions. Bookmark it, include it as a favorite, whatever option your browser gives you – be sure you have quick access to this page.

How did we get here?

The Early Learning Challenge grant also prompted a closer look at the system, and as a result Delaware Stars underwent a revision in 2012. Delaware Stars relaunched with new standards, moving from a building block model to a hybrid model that included some requirements and incorporated a points system. The hybrid model allows programs more choice in selecting areas to target for improvements when working toward higher Star Levels.

From 2013 – 2016, Delaware contracted with the RAND Corporation to conduct an independent evaluation to formally evaluate the Delaware Stars system.

The purpose of the RAND evaluation was to support Delaware in its efforts to design and implement an effective system for measuring and reporting on the quality of early care and education programs in both home and center settings. The evaluation further aimed to inform efforts to improve the quality of programs in ways that are beneficial for children and their families. The RAND evaluation provided independent, objective, and rigorous empirical evidence of the extent to which Star Levels reflect relevant differences in the quality of early care and education; it also documented providers’ experiences with technical assistance, financial supports, and other QRIS features.

The final RAND evaluation report, Evaluation of Delaware Stars for Early Success, was released in 2016. Like other Quality Rating and Improvement Systems across the country, Delaware Stars was shown to improve children’s executive functioning and moderately increase growth in other domains. However, room for improvement is still evident, based on research, anecdotal data, and the RAND evaluation report.

Final recommendations from the RAND evaluation include:

Building on the most recent research as well as feedback from Delaware stakeholders, the QRIS Revision team proposed the following structural model for Delaware’s QRIS. 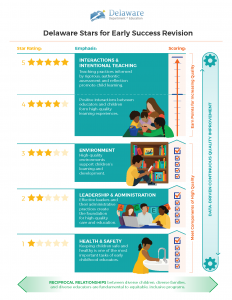 The model was presented and discussed at the recent structural recommendation information meetings, and the QRIS revision team will continue revising the new structure based on the feedback received. If you were not able to make it, the presentation slides and a summary of the feedback are available below. 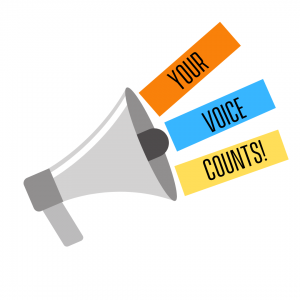 Your input is vital for the revision and its implementation to be successful.

The QRIS advisory committee will be forming sub-committees to revise standards and additional membership is needed.  Please email John.Fisher-Klein@doe.k12.de.us if you are interested in participating.

March 2020 – Here is the latest Delaware QRIS Revision Process Timeline, click on the image for PDF. 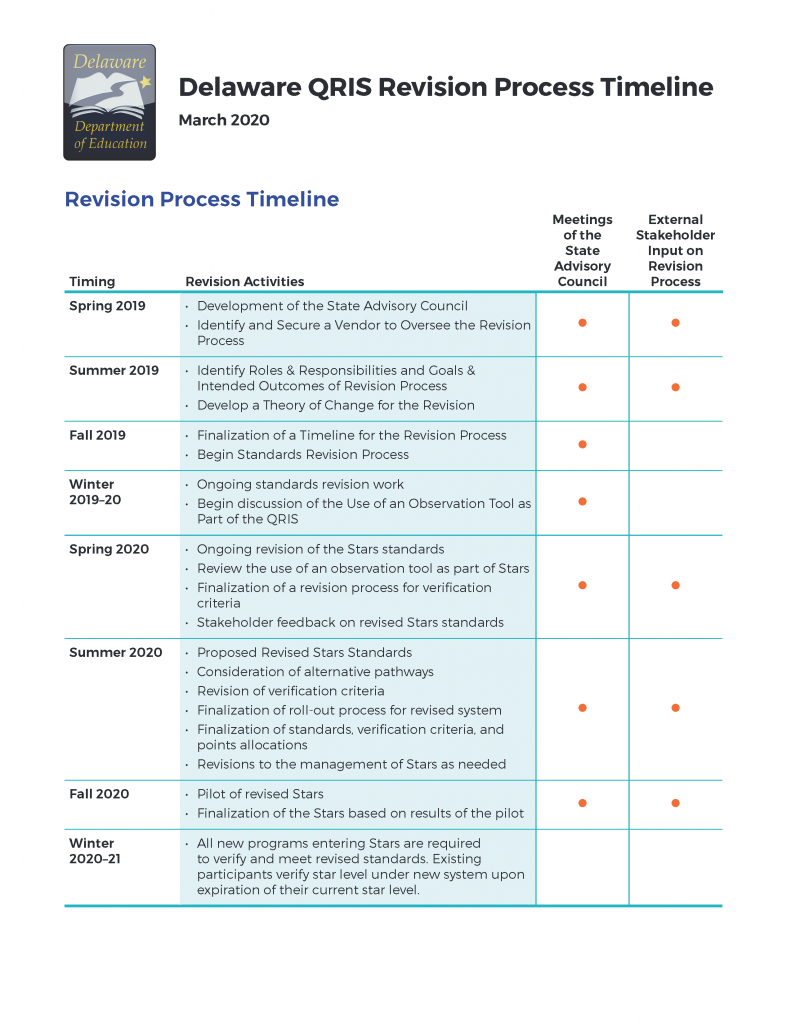 We will be regularly updating FAQs as we hear from you.  If you have additional questions, you can submit a comment above or reach out to John Fisher-Klein at the Office of Early Learning (302) -735-4295 or  john.fisher-klein@doe.k12.de.us.